One of the purposes of today’s message is to quicken in us a GOD IS WITH ME MENTALITY. Recurring words in this story " and the Lord was with Joseph."

2 The Lord was with Joseph, and he was a successful man; and he was in the house of his master the Egyptian.

21 But the Lord was with Joseph and showed him mercy, and He gave him favor in the sight of the keeper of the prison.

38 And Pharaoh said to his servants, “Can we find such a one as this, a man in whom is the Spirit of God?”

Joseph is a type of Jesus- some commentators give as many as 75 similarities between Joseph and Jesus - but don’t worry I will only give four.

11 He came to His own, and His own did not receive Him.

13 Christ has redeemed us from the curse of the law, having become a curse for us (for it is written, “Cursed is everyone who hangs on a tree”), 14 that the blessing of Abraham might come upon the Gentiles in Christ Jesus, that we might receive the promise of the Spirit through faith.

2-When God gives you a word that word has in it the potential to produce what God has promised.

I have spoken, I will also bring it to pass; I have purposed, I will also do it. Nobody can keep you in a pit when God has a purpose for you life!

3- The fruit of the spirit in our lives enables us to endure the tough times until the dream (word of God) is realized.

19 Until the time that his word came to pass,

The word of the Lord tested him.

Story of Joseph Gen. 37-50 with the exception of chapter 38 which has some really dysfunctional stuff that you won’t want to read to your children.

19 Until the time that his word came to pass,

The word of the Lord tested him.

19 Many are the afflictions of the righteous,

But the Lord delivers him out of them all.

But gives grace (favor)-to the humble.”

6 Therefore humble yourselves under the mighty hand of God, that He may exalt you in due time,

22 But the fruit of the Spirit is love, joy, peace, longsuffering, kindness, goodness, faithfulness, 23 gentleness, self-control.

Therefore, having been justified by faith, we have peace with God through our Lord Jesus Christ, 2 through whom also we have access by faith into this grace in which we stand, and rejoice in hope of the glory of God. 3 And not only that, but we also glory in tribulations, knowing that tribulation produces perseverance; 4 and perseverance, character; and character, hope. 5 Now hope does not disappoint, because the love of God has been poured out in our hearts by the Holy Spirit who was given to us.

24Faithful is he that calleth you, who will also do it.

20 But as for you, you meant evil against me; but God meant it for good, in order to bring it about as it is this day, to save many people alive.

28 And we know that all things work together for good to those who love God, to those who are the called according to His purpose.

A pit to a pathway

Obstacle into an opportunity

Stumbling Block into a stepping stone

Adversity into an advantage

Mess into a message

Test into a Testimony

Joseph like Jesus Joseph prophesied concerning His own dead body.

25 Then Joseph took an oath from the children of Israel, saying, “God will surely visit you, and you shall carry up my bones from here.” 26 So Joseph died, being one hundred and ten years old; and they embalmed him, and he was put in a coffin in Egypt.

Not the end of the story - the blood of an innocent lamb will be shed and you are coming out of bondage.

19 And Moses took the bones of Joseph with him, for he had placed the children of Israel under solemn oath, saying, “God will surely visit you, and you shall carry up my bones from here with you.”

32 The bones of Joseph, which the children of Israel had brought up out of Egypt, they buried at Shechem, in the plot of ground which Jacob had bought from the sons of Hamor the father of Shechem for one hundred pieces of silver, and which had become an inheritance of the children of Joseph. Shechem is where God reaffirmed His covenant with Abraham (and by extension to us) and Abraham built an altar there.

22 By faith Joseph, when he was dying, made mention of the departure of the children of Israel, and gave instructions concerning his bones.

Not dead bones but an empty tomb.

The Race of Faith

12 Therefore we also, since we are surrounded by so great a cloud of witnesses (Joseph is one of those witnesses., let us lay aside every weight, and the sin which so easily ensnares us, and let us run with endurance the race that is set before us, 2 looking unto Jesus, the author and finisher of our faith, who for the joy that was set before Him endured the cross, despising the shame, and has sat down at the right hand of the throne of God. 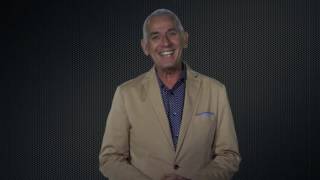